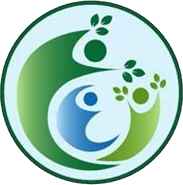 As the new stewards of this historic, 6.4-acre farm on Harriet Tubman Lane in Howard County, Maryland, CEI reached out to those who helped us purchase and protect this land for their thoughts about what to rename it. The property has been known as Shaw Farm for almost 40 years, named for its prior owner, Mr. David Shaw. We received close to 100 different name suggestions! To honor the important history of this land as well as the ways in which our urban farm will support the journey to a "carbon-free" future, we have, through an iterative process, chosen the name FREETOWN FARM.

CEI is committed to understanding and sharing the social and ecological history of this land. To begin, we acknowledge that we are on the traditional land of the Piscataway Conoy Tribe as well as the Susquehannock, Algonquian, Lenape, Nanticoke, Powhatan, and Patuxent. In 1634, colonists came to the area via the Ark and Dove ships, and colonization of tribal lands was started by Leonard Calvert, Maryland’s first colonial governor. Conflict began to rise as the colonists continued to encroach on tribal lands, culminating in the first treaty in 1666 to establish the Piscataway reservation. This was followed by subsequent treaties, all of which would be broken in the coming years, resulting in the loss of native homelands.

Records show that the plantations of this area used the labor of enslaved people as early as 1690, often for the growing and harvesting of tobacco. Once iron ore was discovered, slave labor was used in mining to support railroads. When asked what role enslaved people played in developing Howard County, Wylene Burch, the founding director of the Howard County Center of African American Culture explained: “They built it. All of these buildings built in the 1700s, they must have used the slave trade to build them. Those people really struggled and worked and developed this area.”[i]

After more than 150 years of slavery in Howard County, in 1845 local landowner Nicolas Worthington freed seventeen people he had enslaved and gave them 150 acres of land—an area that became known as Freetown.  According to the 1860 Census, more than one in five Howard County residents was an enslaved person; another 10 percent were free black people—double the proportion of the rest of the state. Local historians believe that Freetown and the surrounding community of Simpsonville served as an important stopover point in the Underground Railroad.  Ms. Burch noted research that showed the Underground Railroad thrived in the county because it was in “the tight place” as slaves moved north through Maryland via different waterways, such as the Middle Patuxent and Patapsco rivers.[ii]

Our farm on Harriet Tubman Lane sits at the intersection of three locations on the Freetown-Simpsonville Legacy Trail known to have been part of the Underground Railroad:[iii]
Middle Patuxent River - At the bottom of the hill, on the south side of Rt. 32 and Cedar Lane in “Old Freetown,” winds the Middle Patuxent River. Near the bank of this river there is a cave-like area where people hid from slave raiders on their journey north.
Freetown Road - Old “Freetown” was originally bound by Cedar Lane down 216 and continued up around Howard Community College and over to Owen Brown. Today all that is left of the original tract is Freetown Road, the Harriet Tubman portion of Guilford Road, and the Locust United Methodist Church and Cemetery.
Locust Cemetery - Oral History says that Harriet Tubman and other formerly enslaved people who fled plantations in search of freedom hid and rested at the gravesites. The Cemetery is located at the corner of Harriet Tubman Lane and Freetown Road.

Our choice of the name Freetown Farm recognizes the important history of the land on which the Community Ecology Institute is putting down roots. We are working to develop programming that tells the story of this land and its historic community. The farm is located across the street from the Harriet Tubman School, a segregated high school for African American students established in 1948. Howard County Schools did not honor the 1954 Supreme Court Ruling mandating racial integration of schools until 1965. At that time, the Harriet Tubman School was closed after a new, integrated school, Atholton High School, was built next door. The Harriet Tubman School is now being renovated to become a historic, educational, and cultural center for the community. We are excited to pursue programming partnerships with the Harriet Tubman School once their facilities are complete. As that work continues, the Howard County Branch of the NAACP is stewarding a garden plot on the farm that will both help to tell the story of the African American history on this land and address local food justice issues.

Freetown Farm is located in Columbia, Maryland—a unique, planned community founded in 1967 by James Rouse, whose commitment to racial integration and openness set an example for the nation. From its inception, Columbia championed integration—across race, class, and faith. The city’s iconic “People Tree” statue embodies this vision of our inter-connectedness.  Rouse described Columbia as “a garden for growing people.”[iv]  At Freetown Farm we aim to honor the rich legacies in our soil.